This video was filmed 'Live' at the gay hotel 'La Palmera' La 'DELICE DREAM.' I think it should have been named 'La DELICE CREAM' after watching this video lol

Tony Rekins sits in a window with Carlos Celona sucking his cock as the first spectator passes by. The duo is joined by Paolo Novoa who jumps in to help Carlos suck and lick Tony's crotch before Carlos mounts Paolo's nice ass.

They switch up positions as Tony mounts Paolo doggy style on the hallway floor and uses his belt to apply some 'love lashes' as he pile drives his cock hard and deep into Paolo's ass while he sucks Carlos. Then Tony backs off to let Carlos take another shot at Paolo's ass and enjoys the spectator's view.

Tony moves back in and we find all 3 men on the floor in a 'manwich' as another spectator opens his room door just behind our boys. Talk about 'starting out your day with a smile.'

'Duck billing' is also a part of this scene as Paolo and Carlos demonstrate. Paolo is the winner of the 'duck bill' award as Carlos blows his load all over the floor. Tony steps out onto a balcony before a large crowd of spectators gathered around the pool below and other balcony's and gives them one helluva show! 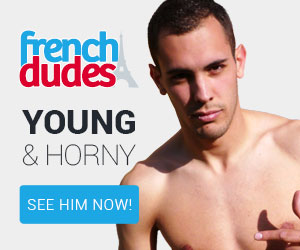