Kurtis has done some stuff with a dude before, but never in front of a camera. And he was eager and excited to get started. I had previously asked Kurtis what type of guy he liked. He said he liked muscular guys like him. I knew he was going to like Derek. When Derek arrived at the Studio, you could feel the sparks ignite between them. Kurtis was a very happy man. Once we got to the set, Derek was most accommodating to make sure that Kurtis did not feel nervous. And once the cameras started to roll, all nerves left Kurtis and he pounced on Derek. Their kissing was electric. And they soon stripped down and started pawing at their chiseled bodies. Derek went down on Kurtis first. He pulled down his underwear, and his fat cock sprung forth and slapped Derek right in the face. After some good deep throat action, Kurtis pushed Derek down and pulled off his underwear. Derek was rock hard. As Kurtis put his mouth around Derek, it was very obvious that he had done this before. He deep throated it with ease, and suddenly his eyes started to roll back in his head. Kurtis was in ecstasy as he let Derek slide his dick in and out of his mouth. Next Kurtis moved down to his butt and got his hole wet and ready. Then he stuck it in. Derek yelled out, since it had been a while. He was tight. But Kurtis was ready to loosen him up. He pounded Derek on his back and doggie style and finally he let Derek ride him. Derek shot his nut all over Kurtis, hitting him in the chest. Kurtis pulled out and pulled the dick towards him so that he could suck out the last drops of cum. This sent Kurtis over the edge and he jizzed all over Derek and his hot bubble butt. The two breathlessly kissed. I think we found a new star in Kurtis. I cannot wait for him to come back. 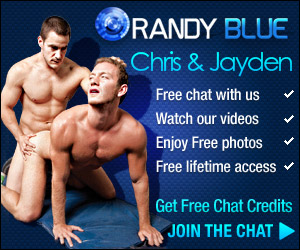 Show Hard With Sean Maygers And Beau Butler May 5, 2021