Mario Bugatti is one sexy mother fucker. This italian stallion loves sex in jacuzzis and public bathrooms and considers himself an ass man. He is 28 years old, but with a very open mind. And I decided to put that to the test. Mario was happy to disrobe for us. He hits the gym 5 days a week and loved showing off his muscles. But then came the muscle in his pants. He unleashed the anaconda from his briefs, and hot damn, I hit the mother load. This boy has a nice long and thick dick. It is what we call a two fister. It is a cock that begs to be jacked off with two hands. He starts jerking it sitting up on the couch. He touches his nipples and chest while his hand beats his meat. Then he lies down on the couch and starts playing with himself even harder. Then then lifts his legs up in the air and shows off his pink pucker. He then gets up and walks over to the sliding glass doors. There is something great about watching a man with a rock hard dick move about a room. He leans up against the wall and starts to spread his hole. He teases us with his butt and plays with himself at the same time. He is starting to get a little too worked up. He turns around and starts beating off hard core. He edges towards the glass door until, bam, he jizzes all over the door. Tons of white hot goo slap up against the glass. He smears the cum with his fingers and smiles into the camera. It looks like Mario is having a good time. And I am sure you are about to have a good time too. 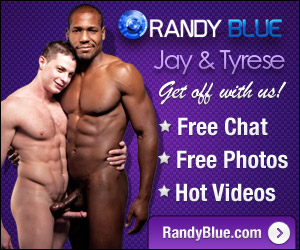