Mr. Shane is here to stretch your imagination and spread his charm far and wide. This lean and long SoCal beach bum can generally be found doing something active outdoors, whether it's holding court with a basketball or just unwinding with a bit of martial arts. Spreading out on the sofa, he watches a scene as his towel falls open, exposing his hard cock, begging for some attention. Mr. Shane takes his cock delicately between his two fingers, slightly massaging the head as he folds his legs, his blue eyes twinkling in the tv light. He stands, stroking his cock as he takes a step closer to the television, then sits down and throws his leg over the arm of the sofa as he begins to stroke in earnest, flogging his dick until it spits its load in a dripping puddle on his stomach and chest. Sweaty and exhausted, he throws his head back against the back of the sofa and watches the final credits roll. 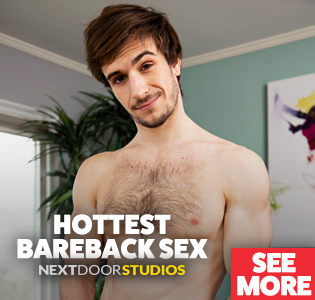