With Manu Parker out of the picture, Nick Spears only has 3 cocks to suck and service. On his knee's, he is fed one after another. Enzo Rimenez doesn't let Nick have all the fun and sucks on Waikix while Nick sucks Filip. Enzo gloves up again and Nick is bent over. Filip stuffs Nick's pie hole while Enzo plugs his winker at the other end. Looks like Waikix isn't going to let Enzo have all the fun either as he gloves up and takes Enzo's place. With all of them getting close, Waikix pulls out and moves around front to join Enzo and Filip. On his knee's, Nick gets "creamed" by all 3. Enzo is first to blow all over Nick's face and down his neck, then Filip who adds huge thick dollops of white jizz on the side of his face. Then Waikix "shoots and scores" a direct hit on Filip first before creaming the other side of Nick's face. Nick is left to lick his wounds. 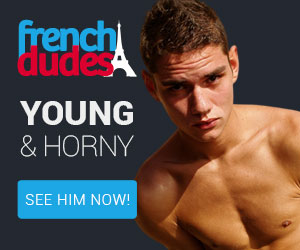