After showing off his speed running the bases at the park, twink Riley gets muscular Brock back to the house and wants to go straight to home plate! He deepthroats Brock so well the buff blond can't even believe it, and after Brock eats Riley's meaty ass like a sandwich, he teases his tight hole with his cock. "You want it?" Brock asks. "I'm not gonna beg...but I'm not gonna say no, either!" Riley replies with a grin. Brock gets a turn to put his muscles on display as he hoists Riley into the air for a stand-and-carry, and these two aren't slowing down even after they both cum. 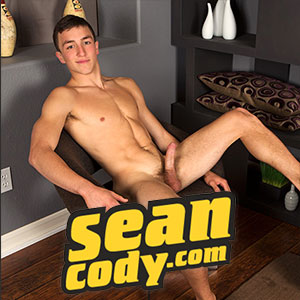